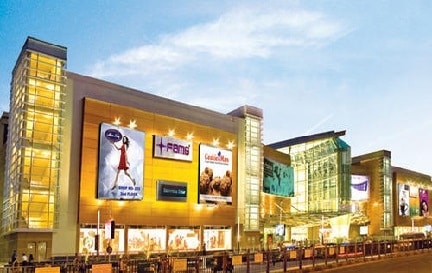 Look Out For :- Anchor stores

Best Shops In the Mall

Shoppers Stop Shoppers Stop started operations in the year 1991. They are a department store chain in India with branches in several cities. Shoppers Stop is wonderful shop for garments ,shoes, cosmetics and bags for both men & women. Apparrel@Shoppers Stop There is a great collection of Indian ethnic wear dresses for both men & women. Salwar Kameez, churidar kameez, dupattas and sarees are all available in the store . The collection includes both casual wear and party wear dresses. The casual wear dresses would be simple cotton prints .The party wear dresses would be dresses with embroidery and zari work . The price would start from Rs1000/piece and would go up to Rs 6000/piece on an average. They also stock dresses at Rs 10000 and above for more formal occasions. Wester wear dresses such as skirts, trousers an jackets are also available in Shoppers Stop. Accessories @ Shoppers Stop There is a vast selection of international cosmetics and fragrances on offer. Makeup products would include lipsticks, eyeliners and eye pencils, blush, compact and foundation creams. Burberry, Bobby brown, Mac, Clinique ,Estee Lauder and Lakme are some of the top brands. Handbags The variety and style of handbags that are available is simply astounding . From simple satchel bags to Tote bags, frame bags and wallets ,they are all available in a variety of colours. Not all the bags are made of pure leather . Hence the prices would be Rs2000/piece on an average. Shoes Bellies,pumps, sandals, boots and flip flops are available here. They stock footwear from many Indian brands. This is a major advantage of shopping in a department store.The choice is vast and interesting. Children’s range Dresses ,footwear, baby essentials, toys and travel accessories for boys and girls are available in Shoppers Stop. For Men Beautifully tailored suits, jackets, shirts, trousers, jeans , tee shirts and sports wear are all available in Shoppers Stop. They stock branded garments and the quality is superior. A great variety of shoes, wallets and briefcases are also available.

Marks and Spencer offers high quality and trendy western wear and accessories for both men and women as also stylish homeware and fragrant personal care products. Founded more than a century ago , they boast of 1,000+ stores across 45+ countries. M &S, as they are popularly known , are one of UK’s leading retailers. This Marks and Spencer opened its first store in India, five years ago and since then have expanded to several cities and towns in rapid succession. Check out the lingerie and personal care products for sure. They also have a ‘loyalty card and program’ that benefits regular customers .

This Kolkata Mall is located in Prince Anwar Shah road near Tollygunge, which is a residential area in South Kolkata. South City Mall is home to renowned brands, cafes, gourmet markets and restaurants. The Mall is close to Gariahat, which is the main shopping hub of Kolkata. The South City Mall adds to the list of popular destinations in Anwar Shah Road, which was earlier known for Navina Cinema Hall and Lords Bakery . This area is  popular  as a food hub . The mall has 125,000 square feet of retail area and its anchor stores are Shoppers’ Stop, Pantaloons and Starmark.

Grocery in the South City Mall

Firtsly,the basement has a huge Spencer’s retail mart, which is a popular gourmet shopping and retail shop.

Brands at this Kolkata Mall

Ethnic brands such as  Fabindia and Prapti add to the ethnic shopping experience. However,the  most  popular store is  Zara, the well known  Spanish brand for dresses, trousers, tops, jackets, shoes & bags. After that, Sephora has a collection of beautiful skin care and makeup from the best brands in the world. Evrything is available under one roof.

The mall also houses six screen multiplex cinema halls and a a huge food court .  KFC,Pizza Hut, CCD,Subway and other regional food kiosks are available. Similarly, Mainland China, a popular restaurant for Chinese food lovers, Sarson, Benjourong, Haka and Hushh are some of the other popular restaurants.

In addition, the mall is beautifully decorated during festivals . There is  also has plenty of parking space. There is play station for the children as well.

Quest Mall ,Kolkata is one of the best  shopping malls  by a long shot. It is spacious and luxurious and with several international and domestic brands. The spanking  and sparkling exteriors and the colourfully lit interiors are a treat to anyone visiting the mall. Above all, the gold and white facade in contemporary design is […]

The Forum Mall is located in the Bhowanipore area of Kolkata. The mall has 125,000 square feet of retail area and was opened to the public with the launch of its anchor store Shoppers’ Stop in 2003. The Forum Mall attracts the most affluent families from around the are. The mall culture was introduced to Kolkata with the opening of this mall in the early 2000s. It took in a major chunk of customers from other markets and turned the shopping culture of the city away from the Gariahat and Hatibagan shopping markets and brought about a significant change in how the city shops. The new annex building named ‘The Courtyard’ houses popular brands like the United Colours of Benetton, Reebok and Adidas. In fact, a section specifically dedicated to international brands like Da Milano, Mango and the Body Shop brings international products for the brand conscious Kolkatans. Bhowanipur, where the traditional Bengalis reside, boasts this Mall as one of its prized possessions. In addition to its many stores, the Mall also houses the multiplex INOX, being one of the first of the multiplexes in the city. There are several fine dining outlets, ranging from the ones serving traditional Bengali cuisines like Oh! Calcutta to Spaghetti Kitchen and others for international cuisines. The food court at the mall attic named Burp serves the customers who are from schools and colleges in the adjoining areas and looking for a quick bite. Parking could turn out to be a problem, since the parking space allotted for the 700 odd cars remains full all through the day. The Elgin Road nearby, has been a hotspot and a popular hangout for the fun loving crowd of Kolkata .Look out for bookstores like Crosswords and eateries such as the famous Momo Plaza .

City Center Mall Salt lake is an architectural delight with spacious interiors that make shopping a pleasant experience. It has been recognized as the most preferred shopping mall in many surveys. The open air ‘KUND’ (pond) with a piazza and the huge sculpture of a horse drawn tram car model, adds a lot of character and charm to the mall .The architect Charles Correa’s vision of shopping is to bring in a community feel with free flowing open spaces and tea shops that encourage shoppers to have relaxed conversations over a cup of tea. Situated close to the airport, City Center boasts of a wide range of apparel, footwear and jewellery shops. Shoppers’s Stop is the anchor store. “Hang Out” is a multi-cuisine food court and an ideal venue to enjoy the atmosphere. Other restaurants like KFC and Pizza Hut share space with local favorites like Afraa, Kafila and Hush and add to the total experience. The INOX Multiplex cinema with 4 screens is a major attraction as well.

City Center Mall Kolkata is another major shopping mall. It presents a mix of national brands, retailers and kiosks along with boutiques and a mini-bazaar. Spread over almost 5-lakh sq ft, City Centre New Town comprises of a shopping plaza with over 240 outlets. There is a wide range of stores, from the unorganized stores to the branded cum organized stores. There is street food as well as five-star dining experience, with a Cineplex and a gaming zone to boot.The anchor stores are Pantaloons and Lifestyle. Other brands like Max, Archies, Adidas, Apple Store, Biba, Carbon, Crocodile, Crossword, FabIndia, Metro Shoes, Mufti, Music World and Titan also have their showrooms here. A big food court together with popular food joints like McDonalds, Afraa, Pizza Hut and KFC will fulfill your gastronomic cravings. Swissotel Hotels, which is owned by the Fairmont Raffles Hotels International, a leading global hotel company with several hotels and resorts worldwide, is located here. It is Kolkata’s first 5 Star Hotel within a mall . City Center Mall Kolkata is only a few minutes from Kolkata International Airport.

5 /5
Open
Our Blogs Our Videos