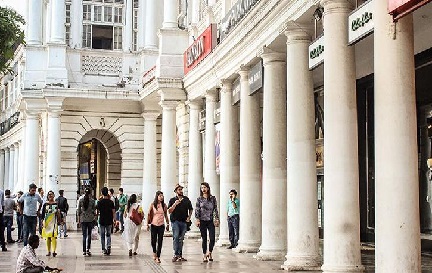 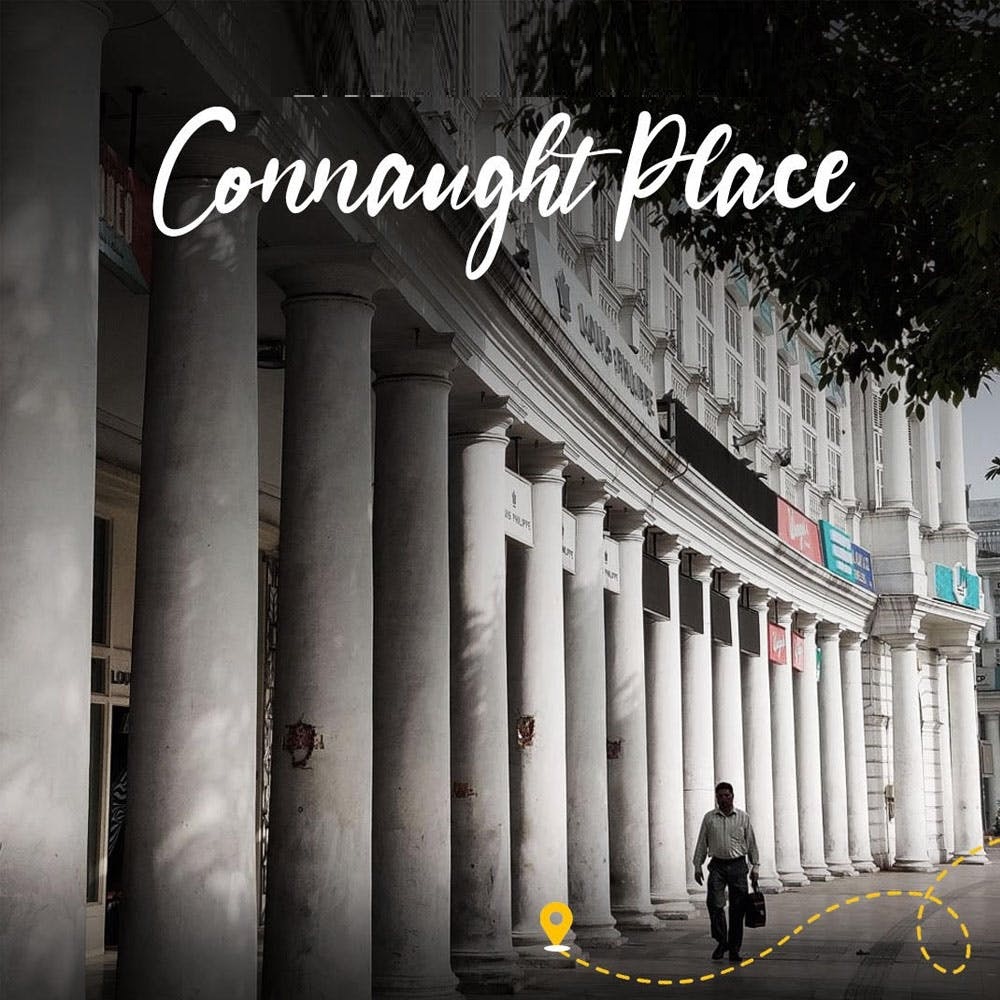 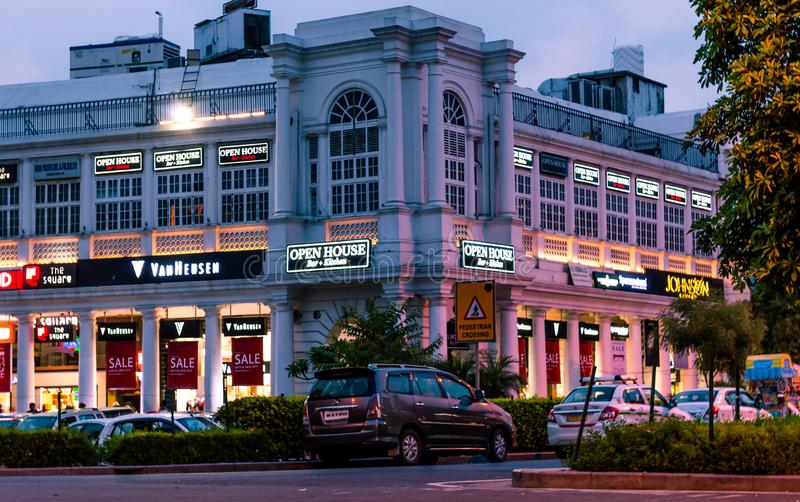 Connaught Place is one of the largest commercial, financial and business centres in...Read More

Indian Arts & crafts in Central Cottage Industries Emporium Ever wondered where you could get the big stone/metal/wood Indian deities like Ganesha, Nataraja Saraswati and Krishna? That exquisite Bankura silver elephant with glittering enamel-work? Those hand-crafted boxes of incense cones that aid yoga and meditation? It is here, it is here, it is here – […]

Soma opened their first store in 1984 and they have thereafter opened stores in Jaipur, Udaipur, Delhi, Bangalore, Hyderabad and Cochin. They stock Rajasthani cottons in block print designs. They have a choice of kurtis, salwars, churidars and kurtas, dupattas, stoles and skirts. You can mix and match the pieces and try them for comfort and fit. The designs and prints keep changing every season. The fabric is very soft and the colours and prints very attractive. There is a vast home furnishing section in the basement. Duvet covers, quilts, cushion covers, curtains, bed linen, table cloth and table napkins are all on display. The shop is well lit and the sales girls are attentive. Soma supports workers in the villages and your support helps Soma take good care of them.

If you are you looking for a place to buy exclusive, expensive draperies and upholstery Muslin store is the high end exclusive boutique shop in Delhi for home furnishings and accessories. Fabrics in cotton, linen, polyester ,silk and velvet in floral, sheers and jacquard finishes will envelope you in sheer luxury .They stock both imported and domestic fabrics and accessories . The staff is very courteous. Their clientele include the best hotels in town. Do visit this Delhi shop, even if you do not have immediate plans to purchase fabrics. Designers and architects highly recommend the shop. Looking for furniture that fits your budget? Check out other furniture stores

Tribhovandas Jewellers Connaught Place Delhi Tribhovandas Bhimji Zaveri is a renowned Indian jewellery chain which began in the 19th century in Zaveri Bazaar, the jewellery market in Mumbai. It has showrooms across the country, though it is run by different members of the family. Each is distinguished by a different suffix. The wedding collection is […]

Connaught Place is one of the largest commercial, financial and business centres in Delhi. It is also known as Rajiv Chowk. Further, It was developed as a showpiece of Lutyens’ Delhi. Named after the 1st  Duke of Connaught & Strathearn, the construction work was started in 1929 and completed in 1933.

There are some places in a city which commands a deep-seated loyalty from its denizens. It is also known as CP in short. Connaught Place is one place in the Capital which will never lose its place in the hearts of locals visitors and tourists Connaught Place has Georgian architecture. As a matter of fact, it is  modelled after the Royal Crescent in Bath, England.

Further, the sheer architectural beauty of the austere white buildings in CP is striking. In addition,  Robert Tor Russel and W H Nicholls designed it a circle, the loop was opened up during construction. What came up was a horse-shoe shaped inner and outer ‘circle’.Work started in 1929 and was completed in 1933.

The circles house colonnaded and two-tiered buildings with shops and restaurants on the ground floor. Also, the residences on the first floor have been mostly replaced by offices, banks and other commercial establishments.

A middle circle automatically emerges between the two. It is linked to the outer ring through a middle lane with automobile spare shops, stationery stores and residences. A beautiful Central Park with green lawns, water bodies, fountains and trees and shrubs surely adds charm to CP. Below this is the Rajiv Chowk Metro Station from where hordes of shoppers and tourists emerge.

CP is certianly home to most international brands in apparels, electronics, footwear, optical and watches. It also has shops that sell artefacts, curios, handicrafts, paintings, picture frames, carpets and shawls. It is one of the original Delhi shopping markets. However, in recent times, Khan Market, South extension Market  and the Delhi Shopping Malls are the much sought after shopping places  in Delhi.

Drop in at the Khadi Gram Udyog for traditional Indian wear, TANTRA for trendy tees and People’s Tree for accessories, T-shirts and books. Further, Ganguly & Bros is an old shop for watches and clocks.

With the massive renovation work undertaken, the British colonial shopping area is definitely getting a new shine now. Some Delhi shops which had closed down or moved operations temporarily are returning.

An underground air-conditioned market for well, everything at dirt cheap prices is the Palika Bazaar. If you go further down, you will find Janpath’s flea market, Tibetan market and the Central Cottage Industries Emporium.

In the other direction is Bhabha Kharak Singh Marg which houses the emporia from different states. And opposite to this is the old made-to-order denim market, Mohan Singh Palace. It boasts of 80 odd shops to this day, surviving solely on orders from loyal customers. Same is the case with Shankar Market – a fabric and accessories haven for locals, near the Super Bazaar – those who have shopped here, will shop only here.

Further, you will find a lot of vendors on the streets selling colourful embroidered mats, trinkets, old coins, curios, and sunglasses as well.

There is a smattering of new-age fast food chains – McDonalds, Subway, KFC and Pizza Hut. But a visit to Connaught Place is not complete without a stop at Wengers Bakery. Fa Yian in the middle circle is a favourite for Chinese food. Bhape-Da-Dhaba in outer circle is legendary. If you want to hark back to the colonial era, visit heritage restaurants like Embassy, United Coffee House and Kwality restaurants.

Then there is  Saravana Bhavan, Nirula’s, Farzi Café, warehouse café & more. When it comes to street food, you have plenty of options here. Try out sprouted green gram chaat, sweet potatoes, cucumber slices and roasted peanuts, and corn cobs.

Connaught Place is one of the best places for shopping in Delhi.